skip to main | skip to sidebar

today is a good day... the suit can be put away for the summer and I'm now just 15 days away from the cherished spanish 9am - 3pm schedule. world cup soccer is in the air (this saturday night against paraguay), the madrid metro has begun service again (after several days of strikes) albeit at only 50% services... so today, the metro was packed full and not a very comfortable ride home after a hot summer day in madrid... alright, back to watching twilight in spanish and searching for places to visit in western france... bye.
Posted by BA at 1:45 PM 1 comment:

Is anybody out there???

OK, so it took me 2 weeks to complete the closet from the day of my last post and not the 1 week I had hoped for. The real surprise was the fact that no one (except a few devoted fans (and you know who you are)) even noticed... which leads me to believe I am writing this blog in vain. People just don't care about accounting like they used to...

As far as the closet goes, I have been waiting until all clothes are moved back in to take any pictures. You see, after you redo a closet, you have to get all new hangers (which I didn't realize). Well, I finished purchasing all of the hangers today (we were hoping for a 1/2 off sale at the Gap clearance store that never came). So you should be seeing some pictures shortly... that is if anyone is out there. Otherwise, I'll be posting photos to myself.
Posted by BA at 5:14 PM 6 comments: 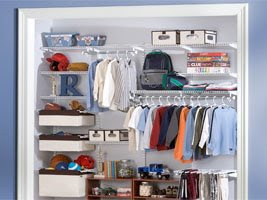 Amy's birthday was April 26th. For her birthday she wanted a new closet. Today is June 8 and the closet is still not done. Our room has piles of clean clothes lying around and somehow, these piles have grown and spread. It's getting difficult to navigate our room, especially at night.
I have decided that this coming Saturday, June 14, is D-day. I am posting this to make sure it gets done by then. By next Sunday, you will see a new post with a picture of the "new" closet.
I know, I know. This post has nothing to do with accounting and my accounting fans are most likely turning to other blogs by now, but that's OK... you get your fix and then come back. In the meantime, I've gotta work on a closet.
Posted by BA at 7:51 PM 2 comments: 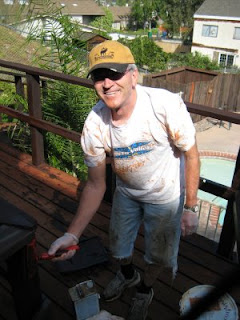 Back before this whole "green" initiative became popular, H was leading the way. He didn't do it because it was the "cool" or "trendy" thing to do... because it definitely wasn't. H was practicing green out of habits he had learned early on in life. Back then, it was called thrifty and not green.

Let's take a look at some of H's green initiatives:

1. H always followed us as kids (and even as adults) from room to room turning out the lights. I could always count on hearing something about conserving lights and power under his breath as he went about flipping switches.

2. As demonstrated in this picture, H has been wearing many of the same clothes for many years. He's not a big believer in buying new outfits or shoes. I recall many times my mom asking H to get some new clothes. At times he would get "new" clothes but only as a hand-me-down from me or my brothers. H is a big believer in reduce, reuse, & recycle (Jack Johnson, the 3 Rs).

3. Until 1991 H drove an old white Toyota pickup truck. I think it was from 1978. As the paint chipped off of the old truck, H would use touch-up paint to keep it looking fresh. Unfortunately, the touch-up paint looked like white-out and didn't completely match the original truck color. As kids, we were embarrassed of being seen in this truck and would often duck on our way to school or elsewhere. The truck soon received the name of the "duck truck" (we also went duck hunting in it, which in a way is a form of self-sufficiency and reducing our reliance on the supermarkets to provide us with food).

4. Electric lawn mower - I think this speaks for itself... H reduced his reliance on gasoline and emissions. As a kid, I was always afraid of running over the cord and electrocuting myself.

I'm sure there are many more examples of H's green initiatives but I'll let those that know H chime in and relive those moments too.

Thank you H for being the trend setter that you are. I now find myself chasing the kids from room to room turning off the lights grumbling the same thing. I hope you have a good birthday weekend. I love you.

"Come on vamanos, everybody let's go..."
You all know the song. It's from Dora the Explorer (for those that haven't been around children in the past decade). Dora is bilingual and helps teach kids bits and pieces of Spanish. I am grateful to Dora. I'm confident her teachings have not been in vain and will come in handy on our next journey...
For those of you that don't know what I'm talking about, I've been offered a 1-year rotation in our Spain office in Madrid. We're still waiting on the details, but feel this is an opportunity we cannot pass up.

I'm here... still... beneath that pile of rubble called work. Why do I do it? Need to do something new. What other skills do I have? Definitely not singing. Maybe dancing. Too tall and gangly to go anywhere with that though. Wouldn't look good in dance gear. Alright, back to work...

You know it's tax season when you see the local cash advance store and car dealership advertising "free" tax preparation services. I think the only place that actually does free tax preparation these days is the local chapter of V.I.T.A. (Volunteer Income Tax Assistance). Even then, you get what you pay for (I should know as I volunteered at V.I.T.A. when I was a 1st year accounting student). I know it's tax season due to the lack of sleep, an increase in phone calls from friends and family I wouldn't otherwise hear from, and learning more about my children and their activities through the family blog. At times, I wonder why I chose this path. Soon, tax season will be over and I'll forget about the long hours and stressful moments. Until then, I'll be eating in most nights at the office, not exercising and reading about my family's life, experienced without me (for the moment).

The question becomes, what is Brian Couch doing at this moment?
Posted by BA at 8:56 PM 1 comment:

Accounting Joke of the Week

A fool and his money are soon audited. 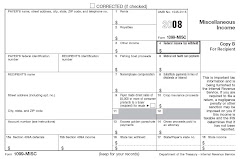 BA
I never dreamt about becoming an accountant... but, I should have.